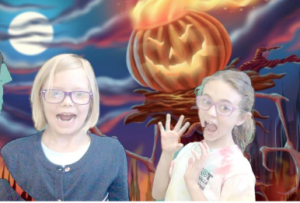 One October windy, stormy night, I heard rain on my window. I was looking out the window and there where no Halloween decorations on my front porch. So, I decided to buy a pumpkin. I called my friend Anna to see if she would come. She said it was the middle of the night and all the pumpkin patches would be closed except for one but people say it is haunted. But I did not mind. So we drove for a long time, and we made it. We creeped in. It was small and old. It was the scariest pumpkin patch I ever seen. Every time I took a step a piece of wood fell on the ground. I could see a glow in the fire place. It looked like it hadn’t been cleaned in years. Anna was nervous, but I felt brave inside.This scary adventure would not end until we found the perfect pumpkin. All of a sudden, I heard an evil laugh. I went outside to see what is going on. I looked and there were evil pumpkins every where!

‘’I can not believe there are evil pumpkins everywhere’’! We yelled together. “What do we do?” said Anna. ‘’I have an idea,’’ I said. ‘‘Maybe we could grab them and put them in a fire.’’ Anna agreed. We tried but they would not stop jumping and rolling. So then we ran into a little house. When we ran in there, I knocked down a glass bottle. Anna came running to see if I was ok. But right when she saw the bottle she had an idea. She said that maybe the potion can turn the pumpkins back to normal. We grabbed the potion and ran as fast as we could. All of a sudden, Anna fell and let go of the potion. The potion landed on a hard pile of bricks. ‘’I’m sorry,’’ Anna cried. ‘’It is ok,” I cried. I already gave up anyways’‘ I said. We can’t defeat these pumpkin monsters. We are doomed!” ‘’But don’t give up,’’ said Anna. “If you want a pumpkin, you get a pumpkin!” “Ok!” yelled. Then I thought for a while and came up with an idea. Whenever I see someone crazy, they usually eat a lot of candy and nothing healthy. So I think the pumpkins need a salad I said. Let’s feed the pumpkins a fruit salad said Anna. So we gathered all the apples from the apple trees. But used the broken glass from the bottle to cut the apples into slices. Put it in a old bowl we found and mixed it together. Then it made a perfect fruit salad. All we had to do now was to wait. We waited for hours for the pumpkins to come. But finally one came. The pumpkin ate the salad first time he saw it and calmed down. Finally, he turned into a normal pumpkin. Soon all the other pumpkins did the same thing. ‘’We did it!’’ we yelled together.

“I can’t believe that worked. I am so glad we fixed that problem and got a pumpkin,” I said. I also learned a lesson that night. I learned to not eat too much candy on Halloween. Anna also learned that scary pumpkin monsters need more vegetables. As we walked out of the haunted pumpkin patch, we both turned and made a promise that we would get a pumpkin together again next year. Then we both jumped into the air and gave a long high five! 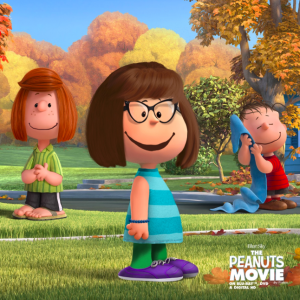 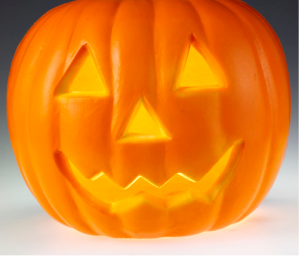 Have you ever been in a haunted maze? I have. It was last fall. I went with my family and grandparents.I stayed for a hour. It was at Oaks Farm. It was so fun.

First, I tip-toed carfully into the maze. It was dark and there was a full moon. Next, I walked aroud some more and a vampire jumped out and scared me. Then, I went to a blank spot with no cornstalks at all, and zombies and werewolfs came out. Last, I ran back in where I could see cornstalks again and a giant teddy bear came out. Finally, I  was so glad I was done with the scary maze.

Haunted mazes are very fun. I think I’m going to go again this Halloween. I can’t wait. Next time, I want to see you there.

Hell everybody! This is my blog. I am a 3rd grader at Rocky Hill Elementary School, and I’m very excited to have a blog. Come see my new posts. Thank you so much Cate.